What Happens at First Appearances? 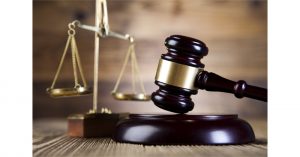 At some point during a detainee’s stay at the Monroe County Detention Center, a representative from Pretrial Services will interview them to determine their flight risk.  The detainee’s criminal background is run and they are asked a series of questions about their ties to the community to determine if they qualify for pretrial release.  The Pretrial Services representative then makes a suggestion to the Judge or Magistrate on the terms of the detainee’s release from jail.

It is a good idea to obtain legal counsel before you attend first appearances.  Your attorney will be able to review a copy of the arrest report and may be able to argue that there is no probable cause for your arrest.  He or she may also ask that you be released on your own recognizance (without a bond).  At first appearances your lawyer can argue for your release to Pretrial Services or request a lower bond based on mitigating circumstances.  Finally, they can request that the Judge or Magistrate NOT impose certain sanctions like travel restrictions, prohibition of consumption of alcohol, and they can ask the Court to issue a no harmful contact order instead of a no contact order in the event there is a “victim” to the crime who wants to reunite with the accused.

After first appearances it can be several weeks before the case is set in front of a Judge again.  An attorney’s arguments at first appearances can often be very valuable for someone accused of a crime.  Make sure to contact The Law Office of Robertson & Hunter immediately if you or someone you know is arrested in the Florida Keys.  One of our experienced, criminal defense attorneys would be happy to represent you at your first appearance hearing.