How do I answer questions about my criminal case on applications? 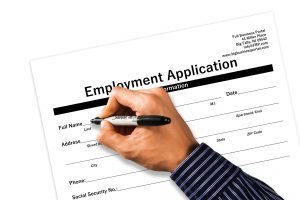 (If you are a current or past client, please do not hesitate to give us a call to discuss the particular question you are being asked to answer.  We are always happy to help out past clients handle this type of issue, even if it has been several years since our representation concluded.)

The analysis is a bit more nuanced if one was not convicted of the offense.  The Key West criminal defense attorneys at Robertson & Hunter have an extremely strong track record of obtaining dispositions for clients in which clients were not criminally convicted.  In those dispositions, one of several instances may have occurred.  The first is if the charges are never filed.  In this scenario, the charges are dismissed by way of the filing of a document that is called a “No Action” document.  This means the State Attorney’s office agrees to not file a charging document, is taking no action in the case, and the case is dismissed.  The next possible disposition is that the State agrees to dismiss the charges after the filing of a formal charging document (called an information).  In the event that the State agrees to dismiss the charges after it has filed charges, the State dismisses the charges by entering a Nolle Prosqui.  The Nolle Prosequi document formally dismisses the charges. There is also the possibility that a Nolle Prosequi is entered after the successful completion of diversionary program. The next potential disposition that is not a criminal conviction is an acquittal at trial, after a jury has found a client not guilty.  And finally, a client can have entered a plea to a charge, and still not have been convicted of the offense, provided the Court agrees to “Withhold” the adjudication.  In these scenarios, you are properly answering “No” when asked if you have ever been convicted of a criminal offense.

However, the questions on these applications are often not as straightforward as the simple, “Have you ever been convicted of a criminal offense?”  In these situations where the questions are a bit more nuanced, the language of the question becomes quite important.  The question could be phrased in the following the manner, “Have you ever entered a plea to a criminal offense.”  In this scenario, the individual who entered a plea in which the Court withheld the adjudication would still be obligated to answer yes to this question despite not having been convicted, while the individuals in the other scenarios described in the paragraph above would be entitled to answer No to the same question.

The question could also be even more invasive and ask if you have ever been charged with a criminal offense.  In this scenario, only the person who had his or her case dismissed by way of “No Action” would be entitled to answer No.  All of the other described scenarios dictate that one would have to answer yes to this question because, at one point, the person was charged with a criminal offense regardless of the disposition ultimately not resulting in conviction.

The most invasive question the Key West criminal defense attorneys at Robertson & Hunter have seen is the question that asks if one has ever been arrested.  If that is the question one is faced with, in any of the disposition scenarios mentioned above, one would have to answer yes to this question.  There is a unique scenario in which one could be issued a notice to appear, rather than being formally taken to jail. However, a notice to appear is a written arrest, so it is better to error on the side of caution and acknowledge this as an arrest as well.

There are some specific statutory exceptions to the ability to lawfully deny all aspects of interaction within the criminal justice system post sealing/expungement.  Specifically, you must still acknowledge the criminal case if 1) you are a candidate for employment with a criminal justice agency, 2) you are a defendant in a criminal prosecution, 3) you are seeking an expunction or sealing of a different arrest, 4) you are a candidate for admission to the Florida Bar, 5) you are seeking a license to be employed or contract for the Department of Children and Families, the Division of Vocational Rehabilitation within the Department of Education, the Agency for Health Care Administration, the Agency for Persons with Disabilities, the Department of Health, the Department of Elderly Affairs, the Department of Juvenile justice,  6) you are employed as a contractor or licensee in a sensitive position having direct contact with children, the disabled, or the elderly, or 7) you are seeking to be employed by the Department of Education or by any private or charter school or governmental entity that licenses child-care facilities. In these instances one would still have to answer the question on the application as posed without the benefit of the blanket denial otherwise enjoyed by one who has sealed or expunged his or her record.

However, other than those seven instances, one is permitted to lawfully deny the arrest pursuant to Florida statute.  Additionally, the documents associated with the criminal case are shielded from public view, thus the documents would not be accessible by way of a background check.  Post sealing/expungement, the documents are no longer public record and private entities are unable to access them.  For this reason, we often encourage clients who are eligible to take advantage of this statutory benefit if they are otherwise eligible.

For more information on sealing and expungement, please see the information posted here.  The Key West Criminal defense attorneys at Robertson & Hunter provide the sealing and/or expungement services for clients represented in the underlying case and those who are seeking to seal/expunge after the disposition of their case.  If you are interested in discussing your eligibility for this procedure further, contact us today.

The post above is for informational purposes only.  Reviewing said information does not constitute having received legal advice nor does it create an attorney client relationship.