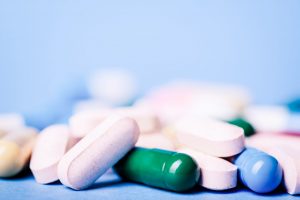 More commonly, drug offenses are charged as felonies.  This is the case when the substance an individual is charged with is considered a controlled substance.  Controlled Substances offenses are commonly charged when an individual is charged with possession of a prescription drug that he or she does not have a prescription for, such as Xanax, Oxycontin, Vicodin, Fentanyl, Percocet or Hydrocodone (among others).  Controlled Substances also include cocaine, heroine, ecstasy and hash, among other illegal drugs.

In addition to prison and probation, a conviction for many of these offenses also will have negative implications for your driver’s license, which can be suspended by the Department of Highway Safety and Motor Vehicles (DHSMV) upon conviction.

It is extremely important to contact a qualified Florida Keys Criminal Law Attorney to discuss any potential defenses you may have to a charge of this nature.  Both the Monroe County Sheriff’s Office and the Key West Police Department aggressively pursue driving while license suspended cases.  If you have been arrested for a drug offense, contact the experienced Florida Keys Criminal Defense Attorneys at the Law Office of Robertson & Hunter, LLP for a consultation regarding your drug charge today.