Loriellen Robertson was born and raised in Miami, Florida and vacationed in the Florida Keys throughout her life until relocating to the lower Keys in 2005. 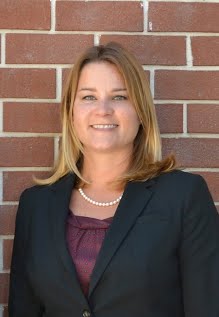 Loriellen obtained her Bachelor of Science degree from the College of Journalism and Communications at The University of Florida in 2001.  Loriellen then attended law school at The University of Miami.  During law school, Loriellen focused on Litigation classes and clerked for a criminal county court Judge in Miami-Dade County.  During the Summer sessions in law school, Loriellen studied abroad in Spain and interned at the Office of the Public Defender in Broward County.

After law school, Loriellen and her husband moved to Key West, Florida.  Loriellen began her legal career as an Assistant State Attorney for Juvenile and Misdemeanor cases at the Monroe County State Attorney’s Office.  In April 2007, Loriellen was hired as a Felony attorney at the Office of the Public Defender.  In September 2011, she entered private practice as a Criminal Defense and Family Law attorney.  In 2012 Loriellen and business partner, Dustin Hunter, formed The Law Office of Robertson & Hunter.

Loriellen’s practice focuses on Criminal Defense and Family Law.  She is the chapter representative for Monroe County for the Florida Association of Criminal Defense Lawyers and travels across the State to attend their Board of Directors Meetings and Criminal Law conferences. Loriellen has argued in front of the Third District Court of Appeal and has volunteered with the 16th Judicial Circuit Pro Bono Committee since 2016.  The Law Office of Robertson & Hunter is located across the street from the Key West Courthouse and Loriellen is honored to serve the residents and visitors of Monroe County.