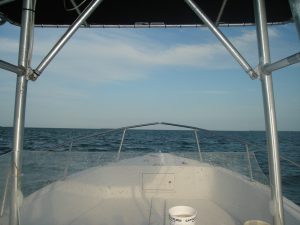 Boating Under the Influence

Boating Under the Influence is controlled by Florida Statute 327.35.  The statute, in many ways, is similar to the DUI statute. The statute holds that a person is prohibited from operating a vessel when he or she has a breath/blood alcohol level over .08 or when his or her normal faculties are impaired (if one refuses the breath test). Also like a DUI charge, Boating Under the Influence is an enhanceable offense, which means the penalties get subsequently worse for one who has been previously convicted of BUI.

The penalties associated with a BUI case can be severe.  They can include, but are not limited to, a criminal conviction, probation, substance abuse counseling, community service and even jail.

On the water, law enforcement is permitted to make routine safety and fishing regulation checks.  This means your vessel can be boarded without probable cause that you committed an infraction.  However, many defenses exist in a BUI case and poor performance on field sobriety exercises may be explained by the simple fact that you spent all day on the water.

Both the Monroe County Sheriff’s Office, the Key West Police Department and FWC aggressively pursue BUI cases.  If you have been arrested for a BUI charge, contact the experienced Florida Keys Criminal Defense Attorneys at the Key West Law Office of Robertson & Hunter, LLP for a consultation regarding your Boating Under the Influence case today.

Contact the Law Office of Robertson & Hunter, LLP for a consultation regarding your
Boating Under the Influence.